Who will you be?

Greetings, envoys! Shadow Bonds will release in 6 days on Steam. We're really excited about it and can't wait to have you play the game! In the meanwhile, we're keeping up with our weekly devlogs. Today's post is all about you, the protagonist! 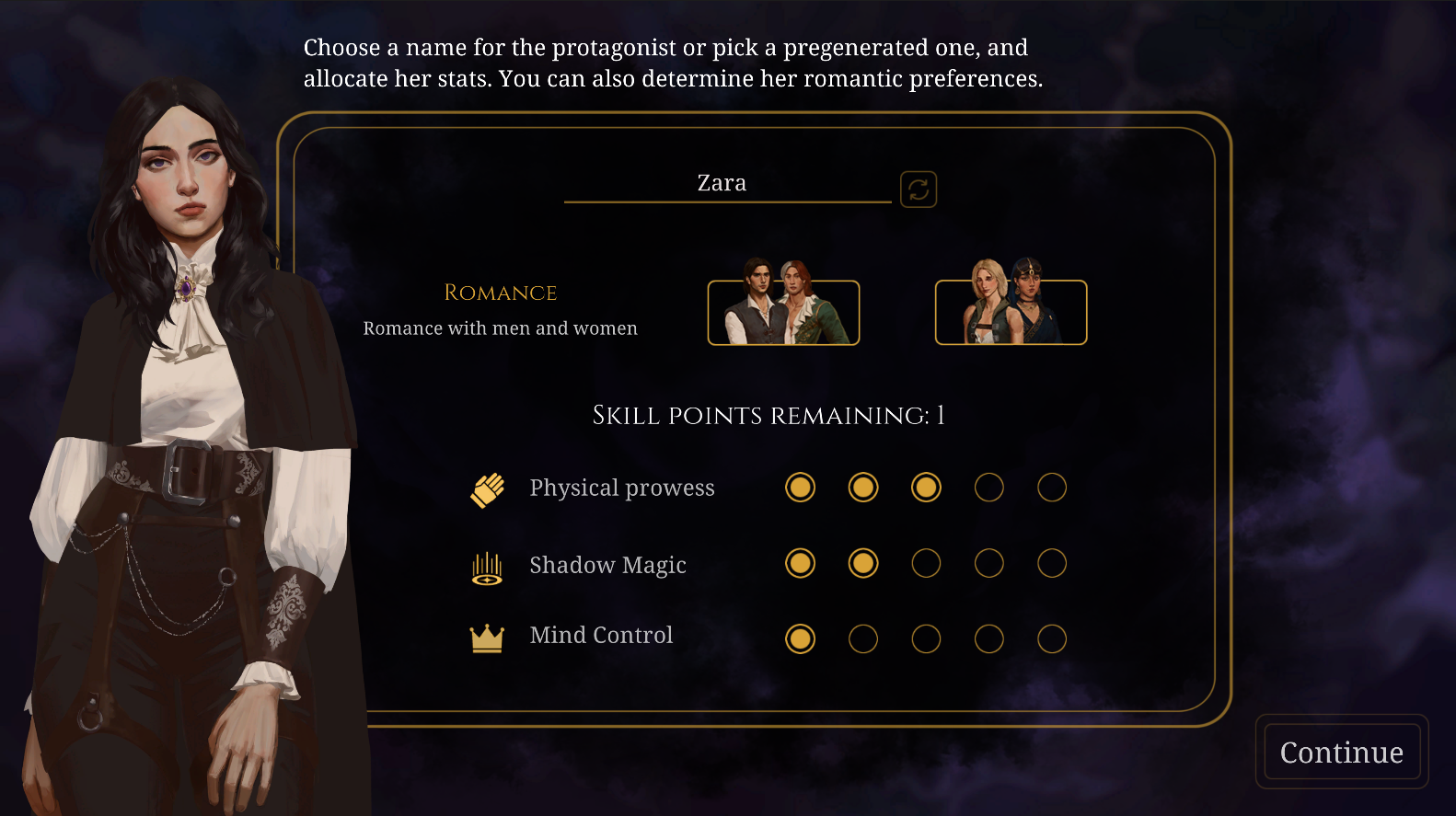 The protagonist has a fixed appearance, but you can customize her in several ways:

She does not have a set name, so you can pick whichever one you like!
We know first-hand that it's hard to come up with a name out of the blue, that's why we included a list of lore-friendly pre-generated names. Click on the button next to the name field to cycle through them!

How did the Abyss bless you?

There are three main powers in Sigh of the Abyss:

You'll be able to allocate seven points at the start of the game!

What makes you tick?

The four humors of Hippocratic medicine color the tone of your answers and let the protagonist embrace her emotions.

As the decisions you make shape the dominant personality of the main character, she will behave accordingly in certain scenes!

You'll also be able to determine the protagonist's romantic preference, and you can change those at any time during play!

Sigh of the Abyss: Shadow Bonds releases on April 5! Join us next week for more about the game.

You can also check out the shiny new voiced trailer!

Yo, I got some bugs to report. Of course, you might already be aware of them.

1) When skipping the intro, skill points are at 0 without selecting any skills.

2) When confronting the fake priest, the option, "What were you trying to do?" appears twice.

Thank you for the report.

When it comes to number 2, one option uses the mind control skill, while the other is a normal question. EDIT: I pushed a patch that should make the difference between the two responses clearer :)

How did you manage to skip the intro?

As in, the skip function.

I tried a couple of time to skip through the intro but didn't manage to reproduce the issue :(

Does it happen consistently?

It doesn't, but I do have a screenshot to show that it happened. 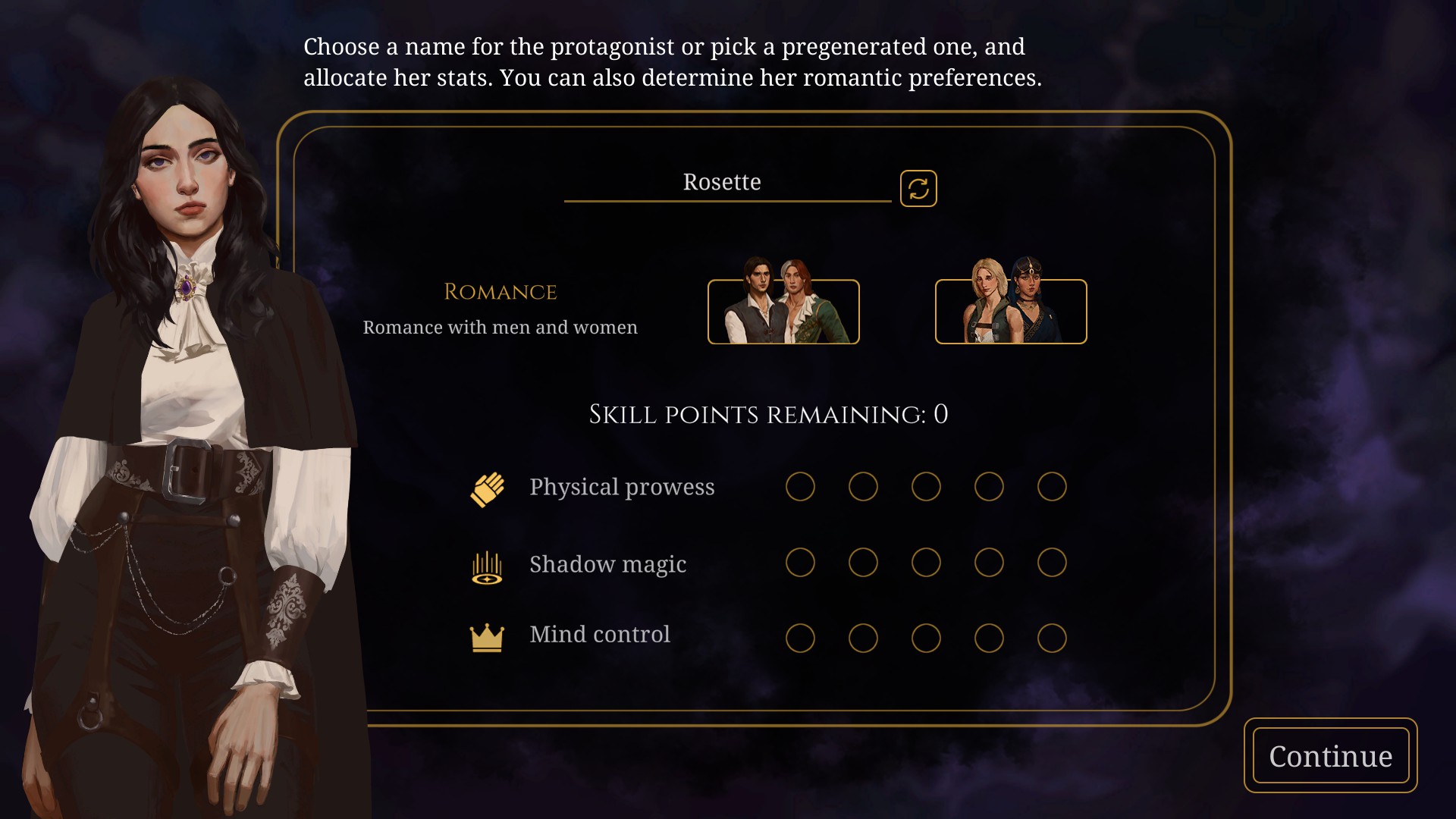