We'll be posting something every week leading up to the release of Shadow Bonds. Today's post collects all the character introductions previously released on itchio.  Meet your friends, enemies, or perhaps lovers! 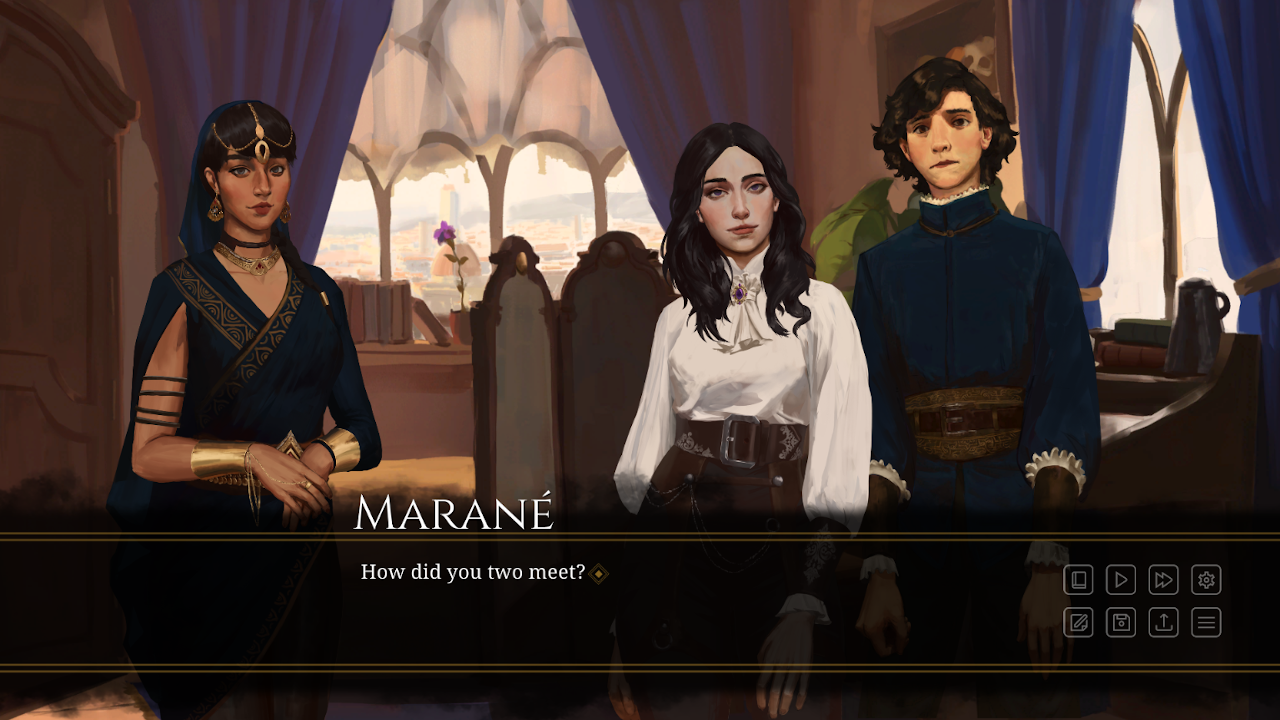 A side-story as introduction

When we set out to develop Shadow Bonds we wanted it to be an introduction to the characters and setting of Sigh of the Abyss, but also wanted it to be a complete experience. Instead of picking the first few hours of the game, we decided to develop a brand new side-story, something self-contained that could be enjoyed on its own. 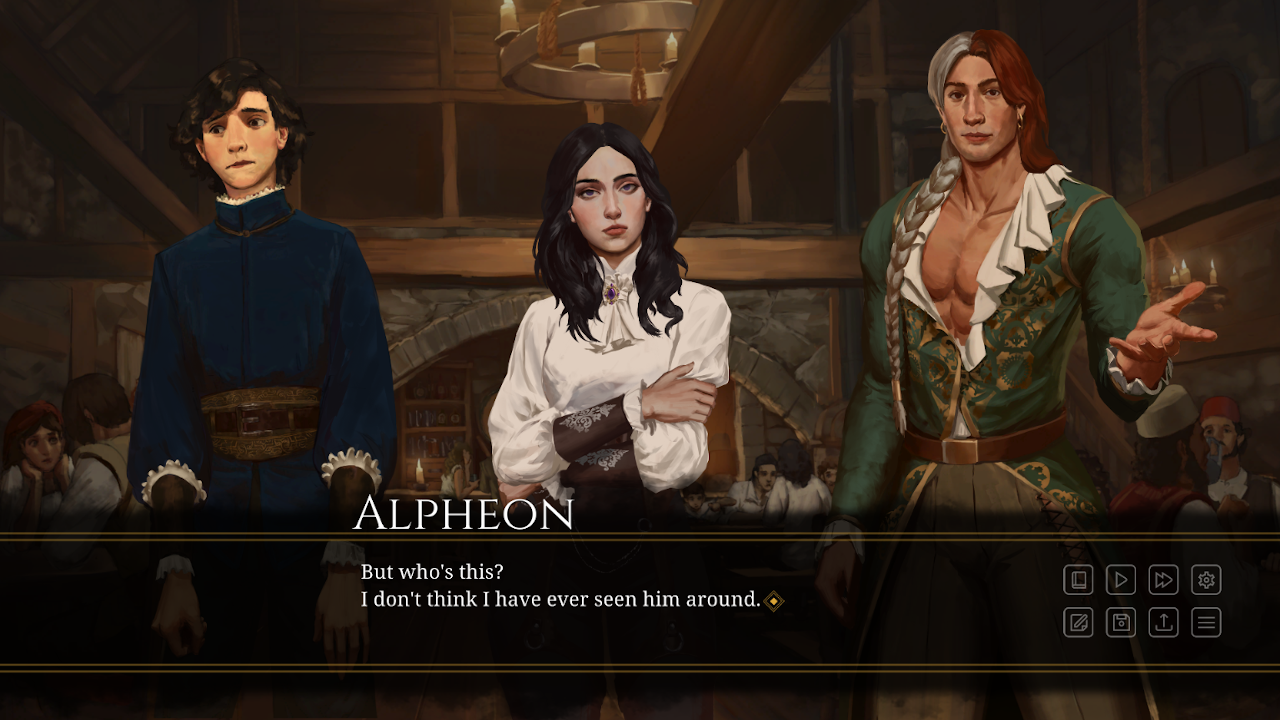 In Shadow Bonds the characters you meet already have a relationship with the protagonist—so you skip the guarded 'getting to know each other' phase to experience a bond already formed.

And if you want to bring that bond to the next level, you can! Shadow Bonds will give you a taste of the romances as well.

I don't ask questions when I know I can't handle the answers. 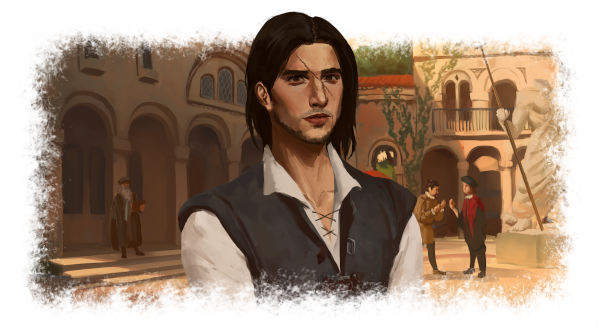 Malec is usually found in the pawn shop he inherited, doodling on the thick layer of dust that covers every cabinet. Torn between the business and his artistic inclinations, he does everything he can to stall making a decision. Sometimes you wonder why.

If it's not too much of a bother, I need to borrow you for a few hours. 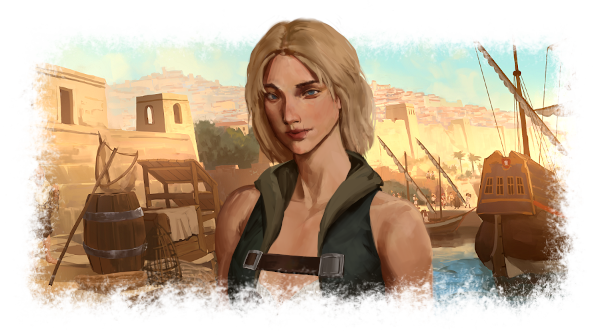 Not many street urchins make it to adult age—Sylas is one of the lucky few. She is not afraid to get her hands dirty, or lie a bit, or steal here and there... that's how she survived.
But now she's not alone anymore: she found a friend in you.

Make the tale epic and dramatic, and say that my hair billowing in the wind made me look particularly dashing. 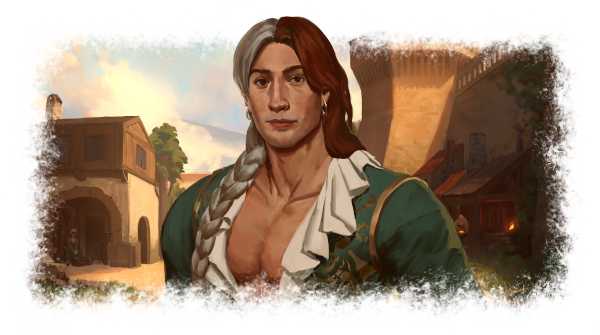 Alpheon calls himself a great singer, an even better lover and an average lute player, but his true talent lies in his persuasiveness. At times his eyes show purple hues, the shadows shift, and the impossible happens.

There is untold power in the dirt we pretend not to see. 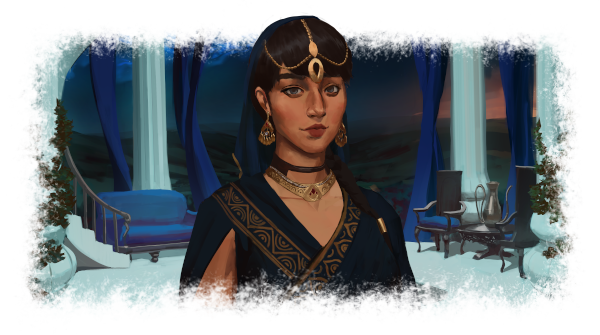 Her blue robes indicate her allegiance to the Halls of Elevation, the place that some mages call home, others call prison. Having been granted some temporary freedom, Marané is doing everything in her power to make the time count, despite being tightlipped about her true objective.

You'll be able to meet these four (and more) soon! 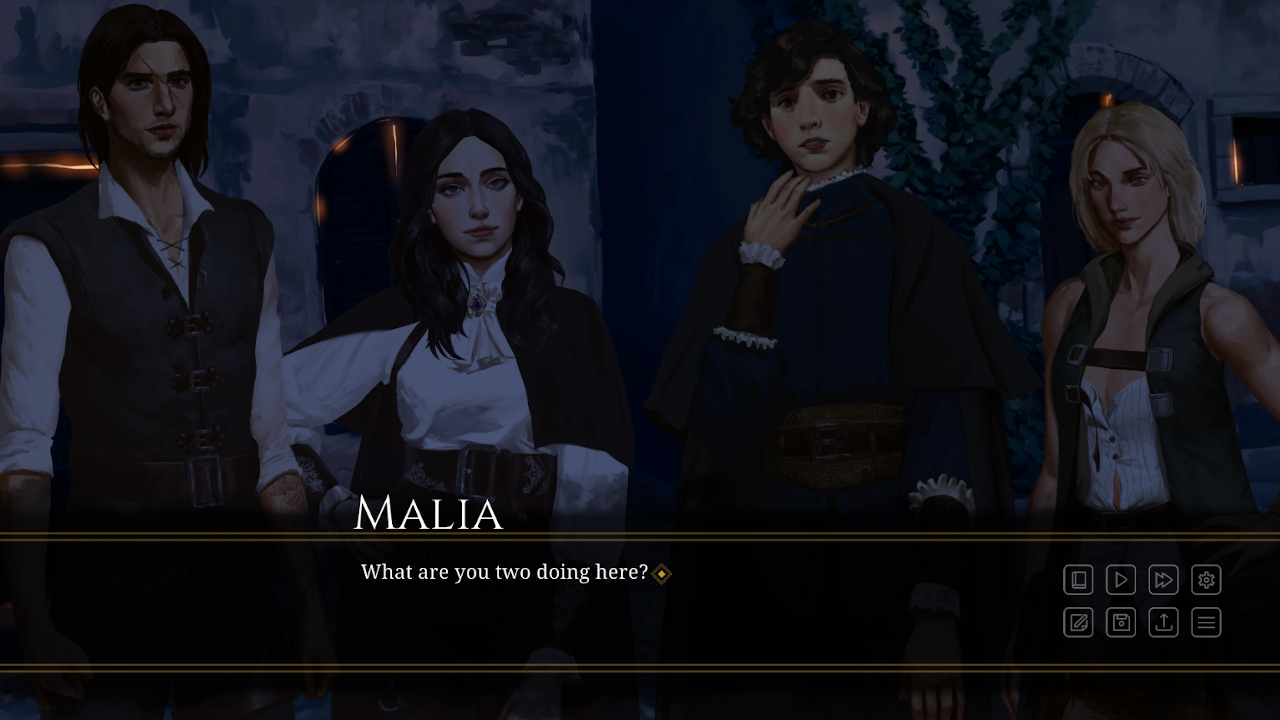 Join us next week for more Sigh of the Abyss.

You can also check out the shiny new voiced trailer!