A soft darkness ▪ romance in Sigh of the Abyss

Bloated bodies are fished from the river of Carolise after every thunderstorm; the passersby watch as the city guards pile corpses on wagons headed for the nearest common grave.

The eyes of some bystanders show pity. Others look away as they recognize the faces of those who drowned. Tears fall on a couple of faces; the jingle of coins in a shrine's courtyard announces the arrival of a small group of people, ready to give an offering for the souls of the deceased.

Carolise might be a city steeped in death, but it doesn't mean that the people can't be compassionate, warm and friendly. Plenty of characters will befriend you, request your assistance or aid you as you come to discover your powers, and you'll be able to forge a unique bond with four of them that will even determine your destiny.

▪  Romance and intimacy in Sigh of the Abyss ▪

The main character is partially customizable, and you'll be able to influence several of her traits: first name, skills, personality and romantic preferences.

To make it as much of an enjoyable experience as possible, we decided to introduce a toggle that will determine who will flirt with you and what romances will be available during gameplay.

For example: you'll be able to play a dice game with Sylas, the thief. If the toggle indicates that you like women, she'll introduce you to the idea of playing a different version of the game, one in which garments are lost as rounds progress. Otherwise, she'll keep that thought to herself and entertain you with stories of her heists. 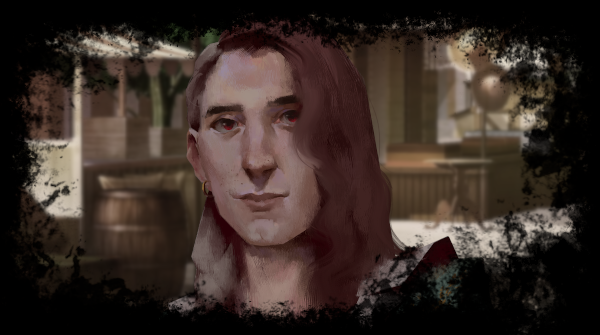 Much of Alpheon's dialogue will change if you indicate you like men: he is very open about his attraction to you and will try to sweep off your feet—if you let him. You can always say no. If the toggle is off, Alpheon won't make any moves on you and will be a gentleman.

Malec is torn between duty and art. Unlike the others, the bulk of his interactions will happen in between the main arcs of the game. Malec bears two visible scars: one is the gash on his face, the other is an elaborate floral design lovingly etched on his arm. If you become his confidant, you might convince him to grace your flesh with his art, too. 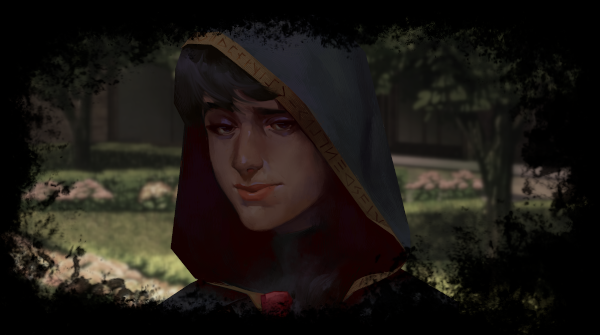 Last but definitely not least is Marané, scholar and mage from the Halls of Elevation. Her stern personality makes her often clash with Sylas and Alpheon; she is as passionate as she is inflexible, and while it looks like the Halls have culled her rebellious streak, she will gladly reveal her plans to burn the city and restore it anew you if you make her your lover.

▪  Which character caught your eye? ▪

We'll post detailed devlogs about them revealing the beautiful full-body concept art, plus interesting tidbits of information about them... soon!