Really pretty artwork and music! I liked the bulk of the story a lot, the protagonist's personal trauma and anxiety is well-characterized and the princess is very cute and endearing in getting through her barriers. I was a bit confused at some points because of how the text boxes show the name of the speaker then don't, but I think that might have been intentional?

That said I found the endings themselves a bit abrupt, in that two of the good endings don't really resolve their current problems nor really discuss any future prospects, and one of them has an IMO unfitting CG that makes it look way happier than the protagonist was feeling. In fact I think you could take that CG and attach it to the "last stand works" ending by adding a transition fade and a "A few weeks later we held a ceremony" line to add a little bit of depth, maybe? The ending that felt the most complete was the escape ending, in terms of discussing the prospects of the characters and showing them conclusively following that path. Of course, I understand the time and development constraints for a game jam! I'm just trying to explain how I felt. Again, I really did like the bulk of this game, the interactions and themes were A+, and I love witches in general (even wrote a VN about them too) so this is definitely a big win for me.

Thank you for the lovely comment! The jam's impending deadline is indeed what made the endings abrupt.

I think CGs are not working (?). I've got the best ending (kiss) and 1 bad (right at the begenning) ending but none is unlocked.

Hello there! I believe that the two endings you unlocked are the only ones without a CG.

One of theses story where you don't really dare to trigger bad endings, because it sounds too cruel to trash a gift from someone liking you... Well done.

It's far to be the most emotionnaly charged VN I had to enjoy, but this particuliar feeling is a first for me ! Never had so much dialogue choices in a VN too, and they aren't (all) fillers. Super nice !

I enoyed the Game untill:

Than you for the bug report! I pushed an updated build that should fix that crash.

Works! Thank you and holly Hell that was fast ^^

Just so you know, the fire cg does not work properly. It does not appear in the story or in the cg gallery. Here is a screenshot of the error message it shows during the story. 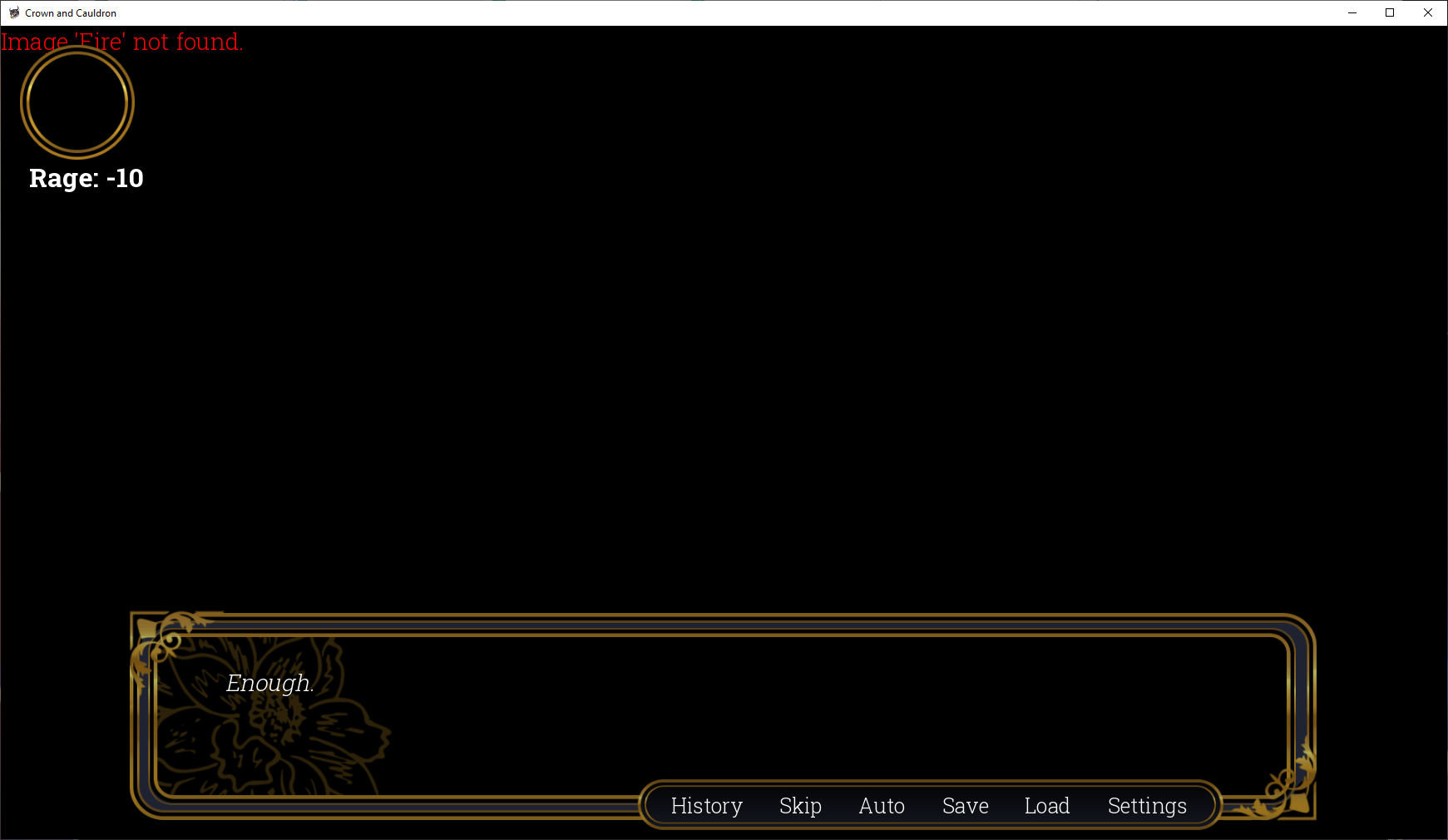 Thank you for the bug report! It should be fixed in the new version we just pushed online.

Lovely game, I enjoyed it a lot. I didn't expect a psychological component. 2 things though: the gallery doesn't seem to unlock images and...does this have bad/tragic endings? Because I got 2 happy endings and don't want to ruin the fuzzy feeling.

Thank you for the comment! We're happy you liked the game :)

We just pushed an update with a gallery fix and some more improvements.

Ok. One last thing: the ending where the girls stay together in the woods after using the mega spell has no CG, correct?

I wrote a small review for Crown Cauldron here, but now it's gone... There was a reply from Foleso, but now I can't read it anymore. Have you merged some pages or deleted / re-created them?

Hello! Yes, we are going to use this page from now on. I put the old page online temporarily so you can read the reply.